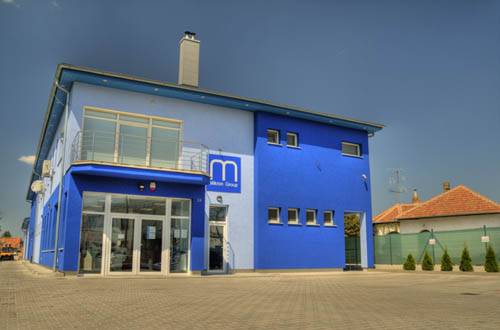 The company MIKRON SLOVAKIA s.r.o., based in Bratislava and operating in Nové Zámky, was established in April 1995. Initially, having only three employees,  it was focused on the sale of cutting tools, instruments and measuring gauges -- the latter inspired the formation of the  company name -  mikron (micrometer-derived). Gradually the range of tools we offered increased, later expanding to the sales of band saw blades and band saws  which contributed to the increase in staff and customer portfolio.

Since January 2000 our company has been the exclusive sales agent of band saw blades EBERLE for Slovakia and Hungary. EBERLE belongs to European leading manufacturers of bimetal band saw blades, which constitute the domain of the EBERLE company production program. Our company owns IDEAL welding center for welding band saw blades. We stock as well as weld them according to customer requirements. We also provide service and saw blades repairs. Our long-standing experience with the sale and service of saw blades provides the guarantee of quality.

Since 2002, our company has extended the range of offer to the sales of machining centers, cutting and clamping tools, measuring and separating technology. In cooperation with MIKRON Moravia s.r.o. and MIKRON Hungaria Kft.  the cooperating Mikron was formed.

The main product of the company is the sale and service of CNC machines and tools.

Since 2004 Mikron Group has been the exclusive importer of CNC machines of LEADWELL and Pinnacle companies for the Slovak Republic, the Czech Republic and Hungary.

In May 2004, we acquired the exclusive representation of the G. CAPORALI srl. company (Italy) for the SlovakRepublic, the CzechRepublic and Hungary. G. CAPORALI  produces toolholders for machine tools (ISO holders, HSK holders VDI holders). It has a wide range of clamping bolts and accessories for tool holders.

For a wider choice of  band saws, the Mikron became the exclusive importer of WAY-TRAIN and EVERISING companies. EVERISING is a manufacturer of  productive CNC circular saws for metal.

Since 2007 our company obtains exclusive representation of a major Japanese manufacturer of cutting tools, Tungaloy, for the SlovakRepublic.

In  2013 our company becomes the exclusive representative of major manufacturer of band saws, PEGAS-GONDA s.r.o. (CZ), for the Slovak Republic and Hungary.

Since 2016 we have an exclusive representation for Kinkelder products. Kinkelder is an industrial cirkular saw blade manufacturer based on sawing solutions to the demands of professional cutting specialists. 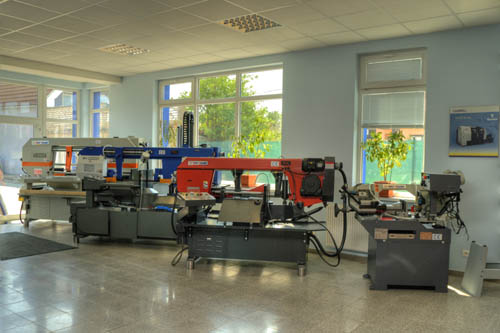 The company is also working closely with S&S Kovovýroba s.r.o. company operating in the nearby village of Banov which is also a member of the Mikron.